When we went to Japan this past February, we were planning our itinerary of what we were gonna do and see.  I brought up how I would love to see the Nagano snow monkeys and Marty looked at me like I was crazy.  Sometimes, you need to just go with an idea.  When you are married, it is important to make bucket lists.  They will change over the years but it is great to dream big together.  We have made a few lists in the last 10 years.  Once, on a date night, we took some paper and pen and wrote down places to go and see.  It was fun to hear each other’s ideas.  Many of Marty’s had to do with sport locations he wanted to visit.  Many of mine were places I saw in magazines when I was a child.  Many were locations where our favorite movies were filmed.

I used to get “World” magazine as a child and loved reading about all the interesting places in the world.  I remember getting one particular issue with Nagano snow monkeys on the front cover and a full article on them inside.  I always thought, if I ever go to Japan, I must see them.  It is amazing how many childhood experiences can spark a lifelong dream.  I was a very avid reader and my imagination took me everywhere.  I encourage all parents to foster the adventure spirit in their children.  Expose your children to great publications and websites that show images and stories from around the world. God has placed within us a desire to explore, invent and create.  Encouraging that in your children makes them possibility-thinkers.  We need kids excited to go and to leave the nest.  That is the goal of parenting…children full of passion for life.  I looked to see if I could find the past magazine article but that was back in 1980 and couldn’t find it on the web.  But, World magazine still is in publication and they have World Kids and World Teen; both wonderful online magazines that will foster a love of adventure.

So, we were in the train station in Tokyo getting our tickets for the shinkansen, also known as the bullet train.  Marty was getting the tickets and getting a map to northern Japan from a teller.  I was bored so I ventured over to the other side of the room and asked some other ladies at the info desk how to get to the Nagano snow monkeys.  Yes, I was being sneaky. Marty was always saying, “we’ll see” whenever I brought up the topic but I wanted to make it happen.  In many marriages, “we’ll see” means, “I am hearing you but I don’t want to tell you NO.”  But, I was pretty driven at this point.  The ladies had some pamphlets on the monkeys.  It turns out, they are quite a sensation and a tourist hotspot.  One of them went onto the computer and planned an itinerary from Misawa to Nagano and gave me a handwritten note of station times,   connecting trains and approximate time durations.  It was gonna be a hard sell because it was hours out-of-the-way and essentially a full day trip to the location.  But, I used my feminine powers of persuasion.  After much discussion, Marty realized I had my mind-set on it.  Score.  (oops! not supposed to keep a scoreboard in marriage!)

After we visited our daughter in northern Japan, it was time to head south again.  We left Misawa on the train listed on the itinerary.  I was nervous about following the hand written itinerary because some of the train departure times listed on the itinerary didn’t match the schedules on the train terminal screen.  I didn’t want to get us lost or stranded.  After all, this was my idea, my plan.  But the ladies made us a perfect itinerary and everything lined up as they said.  We had three different train stations, with tight connections and each ticket a separate leg.  It all flowed together perfectly, thank God!  The Japanese do trains the best I have ever seen, always on time as expected.  Once we got to Nagano we had to take a bus out to where the monkeys live.  Nagano was really interesting to look at as we drove through town.  You could still see arenas and large sport complexes from the Nagano Winter Olympics, back in 1998.  Almost been 20 years already!

We finally got to the small village in the base of the mountains.  By this point, we had been on three different trains and a bus, traveling over 5 hours already.  This better be good was what I was thinking!  Then we were dropped off and had to hike.  They were like, ‘it’s a short hike’ but it was a bit more than that!  We hiked up a fairly vertical climb, through a pine forest and along a snow & mud trail.  Along with hundreds of others making the pilgrimage.  It’s crazy how many people were going to see the monkeys.  People from all over the world.  When we were in Japan, we barely saw any American/English-speaking people until we got to the snow monkey trail.  So, obviously, snow monkeys were on other’s bucket list too!

After our hike, we finally got to the area where the monkeys resided.  There are no fences.  It’s not a zoo.  They live out in the open and can be found walking around you.  There are many rules when going to see the monkeys.  You can see the list here.  Keep in mind, if there is a rule…likely someone tried it before.  I had no desire to bathe with the monkeys but perhaps that was on someone’s bucket list!

As we got closer to the monkeys, it was so exciting.  They are everywhere, there is a colony of over 200 monkeys.  They were playing in the snow, throwing snow balls at each other (better than dung!) and Mama monkeys were carrying around their babies everywhere.  Marty took a picture of me with some monkeys and as he was taking it, a monkey came literally inches away from me!  I had no idea that the monkey was right beside me until after Marty took the picture.  But I was very careful to NOT stare into their eyes.  We were warned many times to NOT stare because they get aggressive.

The hot spring area was very interesting.  Literally, a small pond with about 10-15 monkeys hanging out in the water or on the rocks.  Grooming each other, nursing their babies and napping.  They didn’t seem fazed by all the people looking at them.  It was crazy, all kinds of tourists with fancy cameras (and I know an expensive camera & lens when I see it!) I can’t believe they traipsed out there thru the mud, snow and moisture with their equipment.  It was obnoxious really.  National Geographic wannabes.

The Monkey park actually started in 1964 to protect the Japanese Macaques.  They put monkey food on the water and that drew the monkeys into the water.  Once they realized how the water felt, they returned.  (I don’t blame them a bit) They have been in the onsen (natural spring hot tub) ever since.  We didn’t get to see snow on top of their heads because it didn’t actually snow that day but I have seen pictures where their heads are snow-capped while in the onsen.

It’s funny how pictures can be so deceiving.  I thought the onsen was really large when looking at pictures but it really was only about 20 feet across.  The experience was completely worth the long train ride and arduous hike.  I was so happy and delighted to see something I had dreamed of as a child.  I am glad we did it at this point, the hike was physical and I don’t recommend doing it if you are physically unfit.  I was so glad to do this and really glad I had a husband willing to do this too!  I think he enjoyed the experience as much as me.  Truly a memorable time in our marriage.  Take time on a date night and write up your own marriage bucket list.  Dream big and don’t edit anything.  You never know when God might make your dreams come true!  I am sure I will be going to some more sporting arenas in the future too!  But that is the best part of marriage-enjoying the journey together! 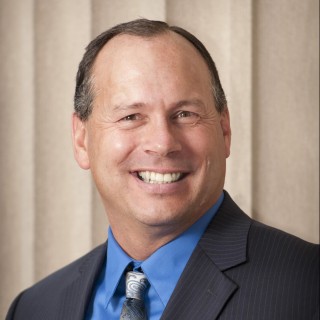 I am a husband of 27 years; father of 3 daughters; host father to 7 exchange students; high school football coach for over 20 years; retirement & investment consultant, group presenter and relationship manager for WEA Member Benefits for over 10 years. I love to live life to the fullest and enjoy storytelling about my travels & life experiences. 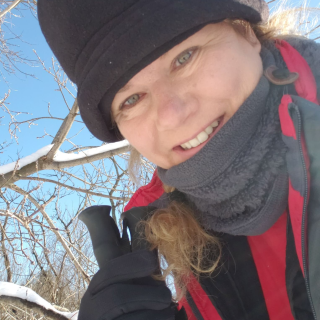